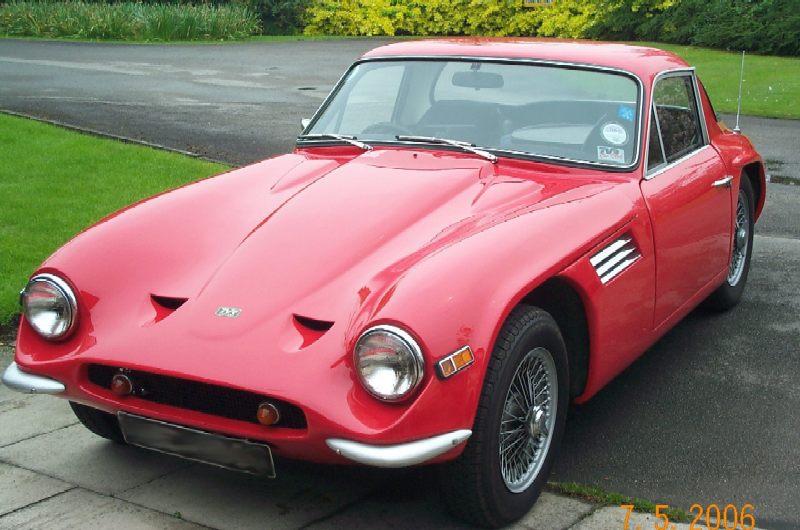 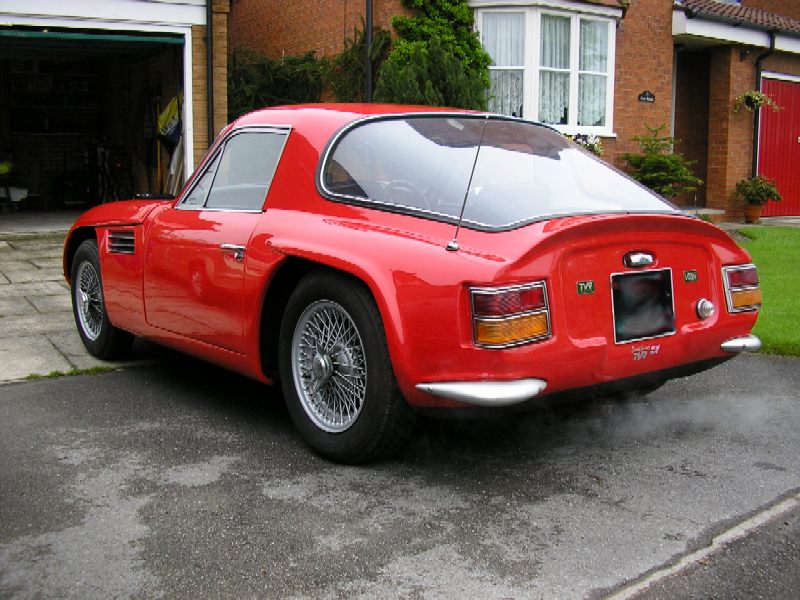 Since 2004 I have been the owner of the above car, which was first registered in October 1968. From other entries in the Registry my car will the second oldest S2 in existence.
As an early S2 it still has some features from the S1 (e.g. single circuit brakes and S1 dash!).
It is now powered by a 1600cc Ford X-Flow engine but I believe it may have been originally supplied with a 1558cc Twin Cam - am currently awaiting full history from DVLA.
The car was fully restored in 1998 by David Gerald TVR.

I bought the car to do Classic Rallies in but due to big family expenses (two wedding paid for) that has not happened so it is just used for trips out to local TVR meetings and to the occasional Classic car display.