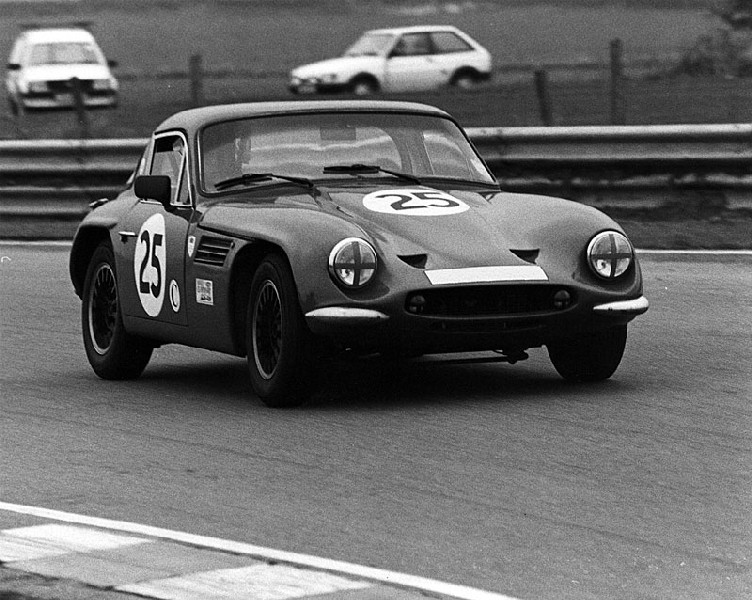 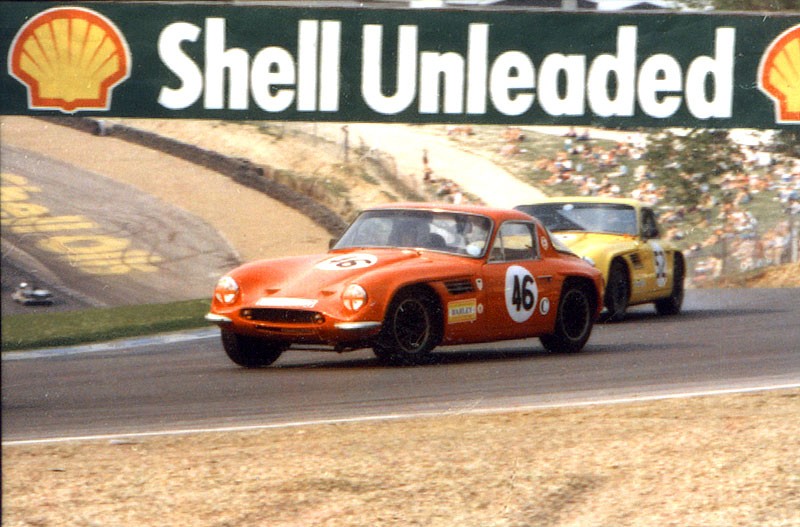 The car was bought in 1984 for £700 from a man in Chiswick who used to Sprint it.
It came with a lovely Burton X-Flow and a not so nice rotten chassis which was repaired by Midas Metalcraft.
We completed in the HSCC Novice Race Series, two seasons in The Historic Sports Car Championships and a couple of Birket 6 Hour Relay races at Snetterton and 8 Clubs meetings at Silverstone.

After a T-Bone at Druids a Lotus Elan driver paid for David Gerald to re-chassis the car and fix a damaged door. The chassis is fine but they bodged the door which irks me no end. I hate them. David Gerald of course, not Elan drivers. Running a Scholar ex Formula Ford upgraded engine, Twin 40's, a hand made exhaust from 'Mike The Pipe', suspension tweaks and Yokohama's the car often proved faster than the driver, and the occasion Tuscan !
November 2006, 22 years after I bought the car, it sits dismantled in a garage as I wait for the time to re-build.
In the meantime however I don't get caught speeding as often.